The state of Iowa is hardly a popular auto transport location; the reason why is because most of the state is fairly rural. You have some pockets of people that form some metropolitan areas, such as Des Moines and Cedar Rapids, but on the whole Iowa really isn’t that popular from a customer or a carrier standpoint, and the lack of major interstates – there’s just one east-west and one north-south interstate that go through the state – doesn’t help either. Typically carriers will charge more on average to ship to the biggest cities in Iowa, and will charge even more if you’re shipping out into the middle of nowhere. In the winter it may be even more expensive, as the weather gets pretty brutal through much of the state. Carriers don’t like to travel through winter weather, so you may end up waiting longer for a carrier to be willing to pickup and head into Iowa. Check out the state’s official website for more.

Transport to and from Iowa is relatively a good location for auto carriers in the East and West corridor. The location along the I-80 and I-35 works great for the East to West and North to South route for traffic.  These are the things that our auto transport specialist knowledge can work with to assist and complete your auto transport smoothly and cost effectively for you.

A Brief History of Iowa 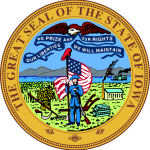 What to Expect When Shipping to or from Iowa

How to get a Free Car Transport Iowa Quote