You are here: Home / Archives for michigan 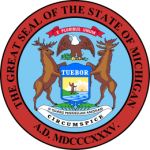 The city of Detroit is the largest in the state of Michigan, and thanks to its major role in the automotive industry it is a major auto transport location even today. Home to just over 700,000 residents today, it was once a city of over 1 million before the automotive industry in the United States began to decline. A shadow of its former self in terms of size and scope, Detroit is nonetheless still a popular transport location for customers and transporters alike. Much of this has to do with … END_OF_DOCUMENT_TOKEN_TO_BE_REPLACED